To better understand how the water cycle steps work… 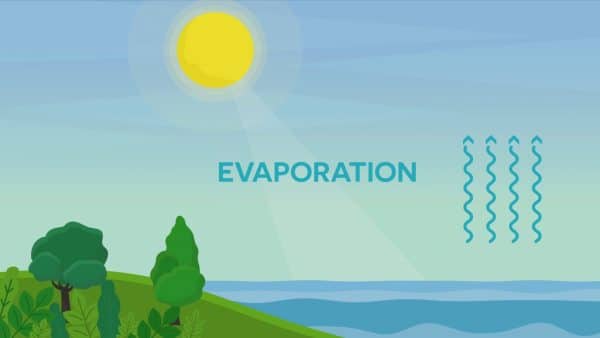 Evaporation happens faster on a hot day. That is because the evaporation of water outside is powered by the sun! The hotter it is outside, the faster water will evaporate. Since water in its gas form has no color, we cannot see it. It just goes into the air. 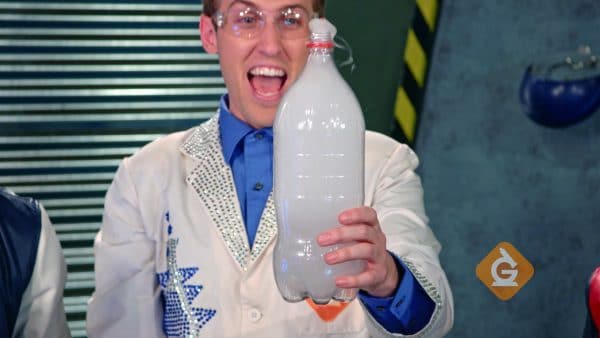 Water vapor rises up in the sky due to the sun’s heat. Once the water vapor rises high enough it condenses into water droplets. Condensation is the process of water turning from a gas into a liquid.

You have probably experienced condensation if you have had a cold glass of water at a restaurant. As the cold glass sits on the table, water vapor from the air condenses into water droplets on the glass. The same thing happens as water vapor rises into the sky – it turns into liquid water.

Fun fact: Clouds are made of tiny water droplets — billions and billions of them!

Water Cycle Step #3: Water falls back to the Earth as precipitation. 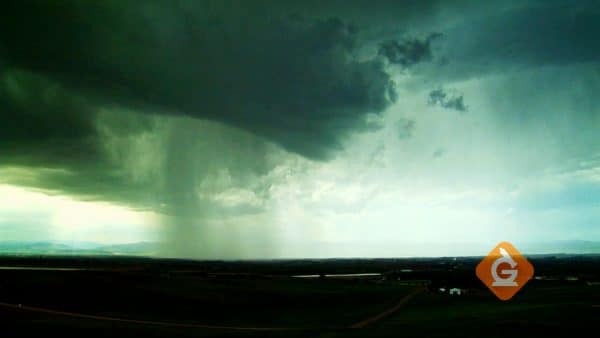 When water droplets get heavy enough, they fall back down to Earth as rain! We call this precipitation because it can happen in a few different ways: rain (liquid water), snow (frozen water), and hail (big pieces of frozen water). Precipitation brings the water back down to earth and the cycle repeats … the sun shines on the water and it starts evaporating again. This is why we call it the water cycle.

The water cycle is constantly happening every day for millions of years! 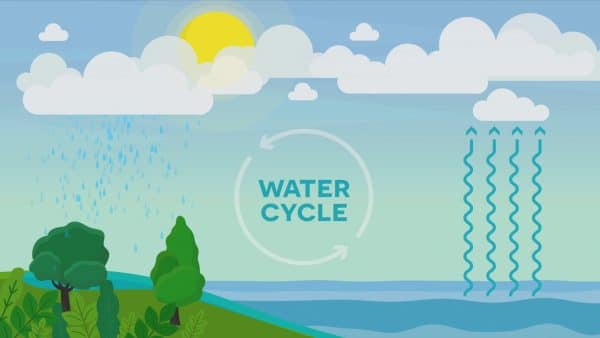 The water in a water bottle wasn’t made last week or even last year – it could be the same water that passed through a dinosaur millions of years ago. It ends up in your water bottle thanks to the water cycle, which is always happening. After the dinosaur went to the bathroom on the ground that water evaporated to form water vapor in the air, which rose up in the sky to form clouds. Then it fell back down to Earth as rain, which probably ended up in a river, and then thousands of cycles later that water ended up in your water bottle. 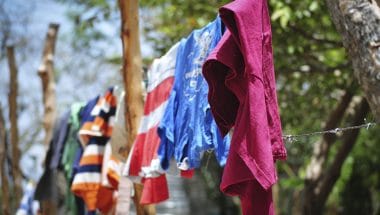 Drying clothes outside. Before people had drying machines they washed their clothes and then dried them outside. This is possible because of evaporation (water turning from a liquid into a gas). 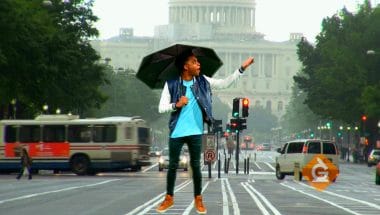 The weather this week. If it rains or snows this week, that’s thanks to the water cycle. Scientists called meteorologists study how water moves around the atmosphere in order to predict the weather. 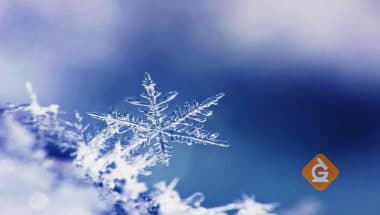 Snow days. The water cycle is not just about rain – water can fall from the sky in many different forms, such as snow and hail. Sometimes you can thank the water cycle when there is no school due to a snow day!

Evaporation
When a liquid turns into a gas.
Condensation
When a gas turns into a liquid.
Water Vapor
Water in gas form.
Water Cycle
The cycle of the water evaporating and condensing on earth. It has been happening for millions of years.
Dew
Condensation found on the ground, usually on grass.
Clouds
Tiny droplets of condensed water vapor floating high above the ground.
Precipitation
Water that falls to the ground. Comes in 3 main forms: rain, snow, and hail.
Distillation
The process of purifying a liquid by heating it until it boils and makes a gas, and then cooling the gas back down into a liquid.

How do we know there is water vapor in the air?

Some evidence that there is water vapor in the air include clouds, feeling moisture on our skin on a humid day, and seeing droplets form on the outside surface of cold drinks (condensation).

What causes water to change from a vapor to a liquid, or a liquid to a solid?

Does water become cleaner when it evaporates into a water vapor? Why or Why not?

Yes, generally, water becomes cleaner when it evaporates. Particles in water typically do not evaporate into vapor when water does, so particles are left behind when water vapor rises.

What happened to the dirt and grass in the DIY Solar Bowl investigation when the water condensed on the plastic covering? Why?

What happens in the distillation process?

In the distillation process, water is heated until it becomes water vapor. The water vapor rises and enters into a special tube that allows the vapor to cool and become liquid once again.