Group behavior is what animals do with other animals to help them survive. Groups can be large, like a herd of a million wildebeest, or small, like a pride of a few lions. Humans live in groups also, and we work together to help one another. The purpose of group behavior is to help living things survive.

To better understand animals behavior in the wild…

Animal Group Behavior can involve a few animals or thousands. 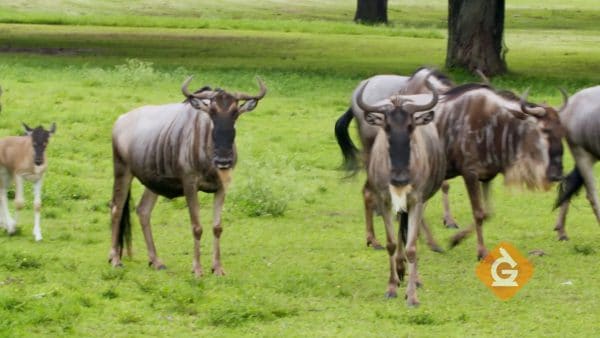 Animals can form groups that are big or small. An African lion pride usually consists of about 13 lions. By forming a group they can hunt more effectively. It helps them survive.

Wolves also form small packs of between 5 and 11 individuals. Wolf packs also hunt together and defend themselves against intruders.

Wildebeest can be found in huge groups of over 1 million in eastern Africa. Wildebeest are very vulnerable to predators, which is why they live in such large herds. When a predator gets near, they make an alarm call to signal the other members of the herd. Interestingly, they also stay close to zebras. Scientists think that they hang out with zebras in hopes that the predator will catch a zebra instead of a wildebeest.

Wildebeest are part of the great migration, during which time they travel from the Serengeti in Tanzania to grasslands in Kenya. The migration is in a circle, consisting of 500 miles of grass. Traveling in large herds is the safest way to make this journey.

Groups can help animals defend themselves. 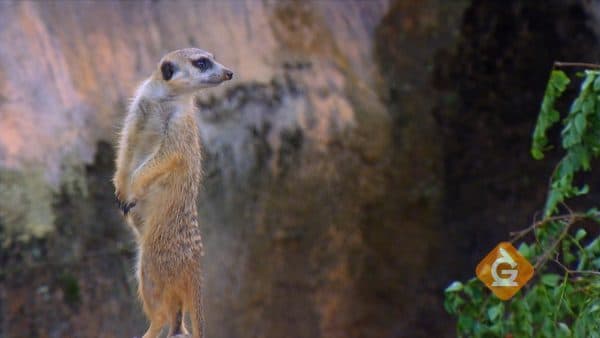 One of the main reasons animals form groups is to defend themselves. When there are more individuals in the group, there are more pairs of eyes to look out for danger.

Meerkats stand up to look around for predators, mainly big birds, that might attack the group. Meerkats, which live in the African savannah, have lightly-colored fur to blend in with the sand. They dig burrows with many different rooms, entry points, and exits so they can escape and hide from predators. All the members of the group also help take care of the babies. 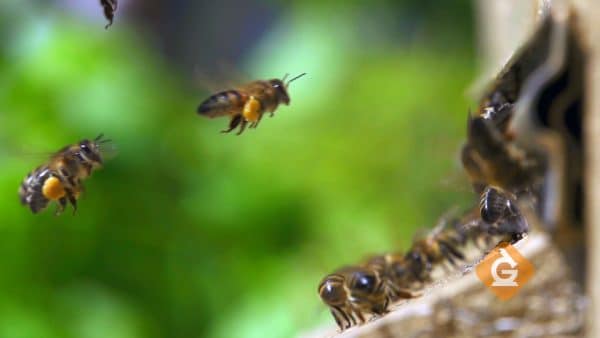 Another reason animals form groups is to gather food. Honey bees are very organized. Worker bees are the most plentiful bees in a colony. One of their jobs is to supply the colony with food by collecting nectar from plants. Worker bees communicate with each other by doing a waggle dance to direct other members of their hive to flowers. When they return to the hive, worker bees share food with other bees and feed the bee larvae. Without working as a group, they could not build such an awesome home. 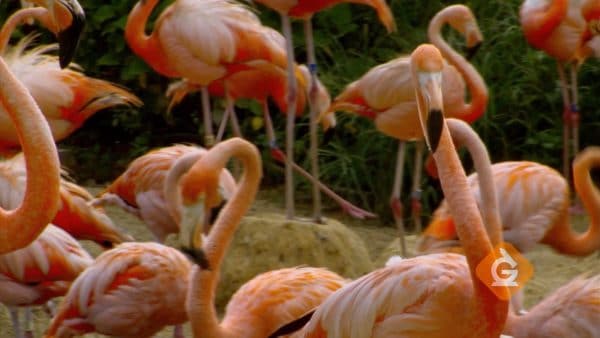 When animals live together to share food, it is much easier for individuals to find mates. Colonies of flamingos can range in size from 50 individuals to thousands of members. They typically form groups because they share the same food source, which consists of algae and shrimp.

One of the benefits of living together is that they do not need to travel far to find mates. This helps them survive because if they had to travel far they could get eaten!

EXAMPLES OF ANIMAL BEHAVIOR IN GROUPS 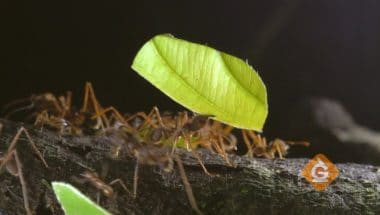 Leaf cutter ants chop leaves and carry them back to their colony. The leaves are used as fertilizer to grow fungus, which is shared with the entire colony. 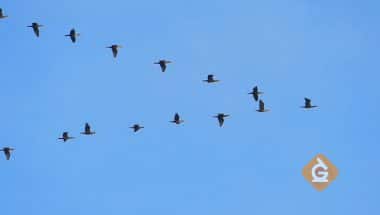 Migrating birds fly in a V-formation to help them conserve energy. Each goose flies slightly above the one in front of it, which reduces their wind resistance. 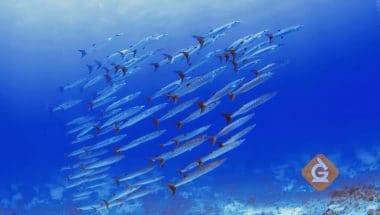 Ant Farm
A container people keep to study the group behavior of ants. The ants will dig tunnels into the sand or other materials and it can be easily seen through the container.
Group
Two or more individuals working together to help them survive.
Group Behavior
Things that animals do with other animals that help them survive. Common examples include crowding together to protect from predators, flying with other birds to reduce wind resistance and working together to build a home like ants do.
Larvae
The immature form of an insect like a bee. Larvae often look like little worms.
Wildebeest
A large dark mammal with a long head, a beard and mane. They eat grass and form groups that can be in the millions in order to better protect themselves from predators.
The Great Migration
The yearly journey of millions of wildebeest from the Serengeti in Tanzania to grasslands in Kenya. The migration is in the shape of a circle and they travel over 500 miles each year in search of grass to eat.
Predator
An animal that eats other animals.
Prey
An animal that is eaten by other animals.
Meerkat
Mammals the size of squirrels that live in Africa. They form groups called mobs that help them get food, avoid predators, and take care of their young.
Sentry
A person or animal stationed to keep guard and lookout for danger.

How do ants demonstrate group behavior?

Ants work together in a group called a colony or an army to help them survive, grow and reproduce. They build their homes by digging tunnels, create bridges for other ants to cross, cut leaves and bring them to the nest to grow fungus, which feeds the whole group.

How do honeybees work together in groups?

Honeybees work together to build nests, reproduce and gather food for the whole group. Worker bees collect nectar from flowers and take it back to the hive to feed the young bees.

How do animals form groups as part of the “great migration” in Africa?

Animals like wildebeest travel in large groups (thousands or millions) as they migrate hundreds of miles across the savannah in search of food. These groups keep individuals protected since so many animals are looking out for predators.

How does the “sentry” behavior of one meerkat help defend the group?

One meerkat stands watch and acts as a “sentry.” It will alert the other members of the group if a predator is spotted.

How do meerkats work together as a group when babies are born?

When babies are born, all the other meerkats pitch in and help take care of the babies.

Do flamingos form flocks on purpose? Why or why not?

Flamingos are safer in a large group because there are more eyes watching for predators like alligators and crocodiles, but they also all eat the same type of specialized food (brine shrimp), so they tend to gather where that food is found.

How do lions hunt?

Lions hunt in groups called prides. They stalk their prey together over short distances and work together to take the prey down, which can be much larger than they are.

What are some examples of human group behavior?

Humans huddle in groups for warmth, work together to build homes, and rescue other people in danger. Humans even practice group behavior similar to geese by riding bicycles behind one another to lessen wind resistance.