Read About the Water Cycle

WHAT IS THE WATER CYCLE?

To better understand the water cycle…

The Cycling of Water 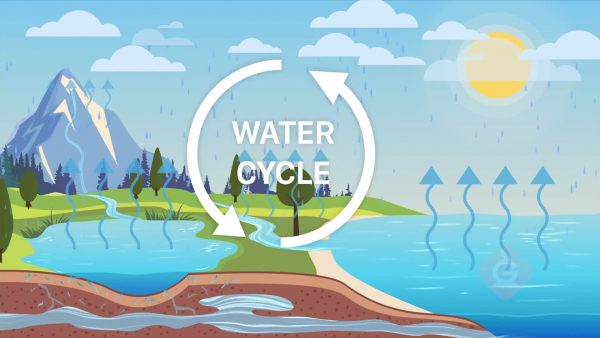 The water falling on land moves along the surface in rivers and streams and collects in bodies of water such as lakes and oceans. Most water that falls on the land soaks into the ground, where it can spend long periods of time trapped in the spaces between rocks and soil. Groundwater is the source of water for plants to grow, and humans have relied on groundwater as a drinking source for thousands of years.